This post was written by guest blogger David McMillen, External Affairs Liaison in the Department of Strategy and Communications.

I invite you to join me on Tuesday, April 12, 2011 for the Media Access to Government Information Conference (MAGIC) at the National Archives downtown.  The goal of the conference is to discuss how technology might improve access to government information for journalists and citizens alike.  The conference is free, open to the public, and includes breakfast, lunch, and refreshments.   Registration is required.  To register, send an email to MAGIC@nara.gov More information is available on our website and on our Tech Tuesday blog post. 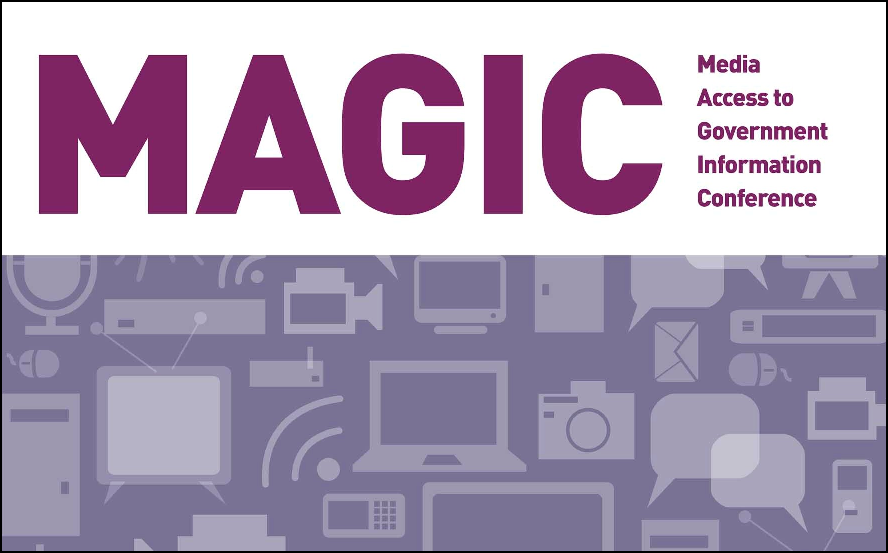 Muckraking wasn’t always a pejorative term, although President Theodore Roosevelt wanted it to be.  Upset with what he saw as excessive zeal on the part of investigative reporters, the President likened them to the pitiful character in Pilgrim’s Progress who was doomed to rake muck day-end and day-out.

Despite the President’s intent, muckraking became a badge of courage in the early twentieth century.  Among those who made the term honorable are:

Today, the challenges to journalism are technological, financial, and personal; and the stake for society is monumental.

Investigative journalism is the crown jewel of journalism.  Awards from the Pulitzer Prize to the Ridenhour Prizes Fostering the Spirit of Courage and Truth reward individuals and institutions that excel in providing the public insights they would be hard pressed to gain on their own.  Investigative journalism, however, is expensive.

As the economics of news have changed, those institutions that once subsidized these efforts have come under increasing pressure.  Some have gone bankrupt.  Others have merged or contracted their services.  Somewhere between 17,000 and 18,000 jobs in journalism disappeared between 2008 and 2010.  [My source, of course, is a Blog, not a newspaper article: Paper Cuts.]

How do we ensure that journalists in their zeal to write about government are better informed about critical issues of accessing today’s government records?

Technology provides part of the answer.  Today, computing power allows the mashup of information in ways that was once available only to the Homeland Security Department or the CIA. Jay Hamilton, director of the DeWitt Wallace Center for Media and Democracy at Duke University, recently pointed out that journalists identified convicted drug dealers employed as school bus drivers and public officials giving themselves property tax discounts by combining and combing through disparate government data sets.

IT research is developing advanced tools that allow investigative reporters to access and analyze records for accurate reporting.

These and other issues facing public access to government information will be explored in depth at the Media Access to Government Information Conference on April 12, 2011 at the National Archives in downtown Washington, DC.

The goal of the conference is to discuss how technology might improve access to government information for journalists and citizens alike.

MAGIC is a collaborative, one-day conference sponsored by the National Archives and Records Administration (NARA) and Duke University’s DeWitt Wallace Center for Media and Democracy that will:

The conference sessions will be videotaped and made available for viewing at a later date. I hope to see you at MAGIC!