Today’s post is written by Paul Sparrow, Director of the FDR Presidential Library and Museum, and was originally posted on the Library’s Forward with Roosevelt blog.

The Franklin D. Roosevelt Presidential Library and Museum is swarming with Pokemon Go characters. Visitors are wandering around staring at their phones, and catching them left and right.

I’ve caught four and I never played the game before and only spent ten minutes at it. We have several Poke Stops as well. 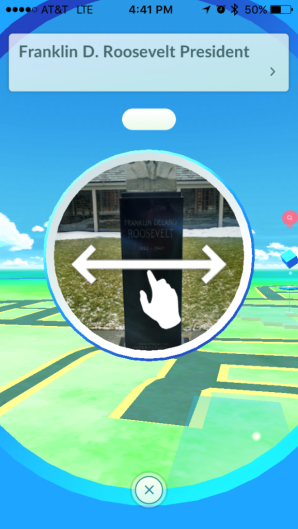 What does this say about us? Is it the end of civilization as we know it? Probably not. And if Pokemon Go brings new people to the FDR Home and Museum than that’s a very good thing indeed. Having younger more technologically savvy visitors is critical if we are to remain relevant in the future.

Yes we all know Pokemon Go is the latest fad sweeping the country. Even the New York Times mentioned it (with a whiff of vox populi.)

It’s the best selling app right now, soon to overtake Twitter in daily users, and has driven the stock price of Nintendo through the roof. But what does it say about our culture when people are looking at their phones while visiting a museum? Well that will depend on what they do when they look up.

I welcome any Pokemon Go players who want to come to the FDR Library and Museum, and I hope they will take a moment to think about why those characters are here.

According to Blaire Moskowitz one of the geolocation sources that Nintendo uses to determine where characters appear is something called the Historical Marker database, which is pretty much exactly what it sounds like. The database includes the FDR Presidential Library, and eight other markers within two miles of the Library. 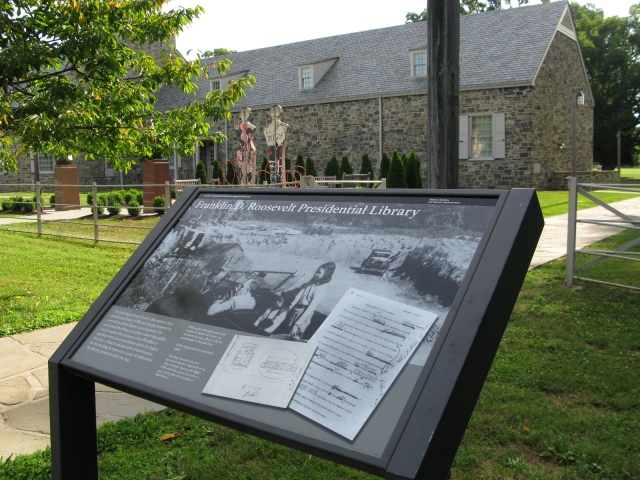 I hope players will think about what makes the location important enough to earn a marker.

One of the markers on the site reads:

“All that is within me cries to go back to my home by the Hudson River.’ – Franklin D. Roosevelt, 1944

It was only when passing through the gates at the end of this road that FDR felt truly at home. Roosevelt loved Springwood’s forests and fields. He found stability in the peaceful regularity of life here. As he neared the end of his life, Roosevelt often experienced his longing to return to this beautiful setting. “

Another marker is for FDR’s grave site. Labeled “The World Mourns” it reads:

“I felt like the moon, the stars, and all the planets had fallen on me.’ – President Harry S. Truman, Roosevelt’s successor.

Franklin Delano Roosevelt’s death on April 12, 1945, was a personal loss for many. Statesmen and ordinary citizens alike mourned his passing. The nation buried him here, in the Springwood rose garden on April 15, 1945 (photo shown).”

Both Franklin and Eleanor Roosevelt are buried here at the Home of Franklin Roosevelt National Park.  I hope the Pokemon players will look up from their phones and look around the beautiful garden and take a moment to contemplate where they are. They are in the presence of perhaps the most important couple in American history. 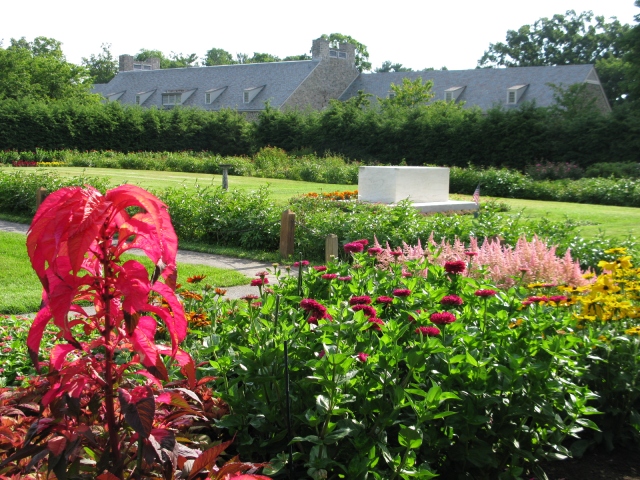 So while it is fun for people to use their phone to capture Clifairy, I hope they don’t miss the bigger picture of standing next to greatness.

The Roosevelts are global icons for freedom and democracy. They embraced new technology in their day, and Franklin particularly loved playing games. When he was a teenager FDR loved to capture birds for his collection on exactly the same spot that this new generation is capturing Pikachu. So while some may see it as disrespectful to play a game while walking on the grounds of the Roosevelt home and museum, I think it is fine. As long as they realize that if it were not for the Roosevelt’s they might not have the freedom to play that game.

3 thoughts on “Pokemon Go has come to the FDR Presidential Library and that’s a good thing.”